Scorpions number one in Manchester

London Scorpions had a stellar weekend in the Manchester sun as the Sporttape Men's and Women's National Touch Series headed north.

The team in green took home both the Elite Men's and Elite Women's Cup titles, but there were plenty of competitive matches along the way.

The men's main competition came from Wigan Touch Warriors, whose quality of play at times shone as brightly as their new kit. In fact, the Warriors beat Scorpions twice during the round-robin stages, only to come up just short in the biggest men's match of the weekend, a contest which went down to the wire.

The women's team may have had a bit more of a straightforward match in the final, which they won by overcoming Hot Custard, but their semi-final against London Galaxy was just as fiercely fought as the two matches the Londoners had had in Oxford two weeks previously.

Scorpions were four touchdowns to the good with 10 minutes to play, but Galaxy's three touchdowns had Scorpions hanging on by the final hooter.

As in Oxford, the Emerging Women's Cup title went to home-town outfit North-West Blades, while Percy Park Pirates had something to celebrate on the road back across the Pennines with the Emerging Men's Cup title. 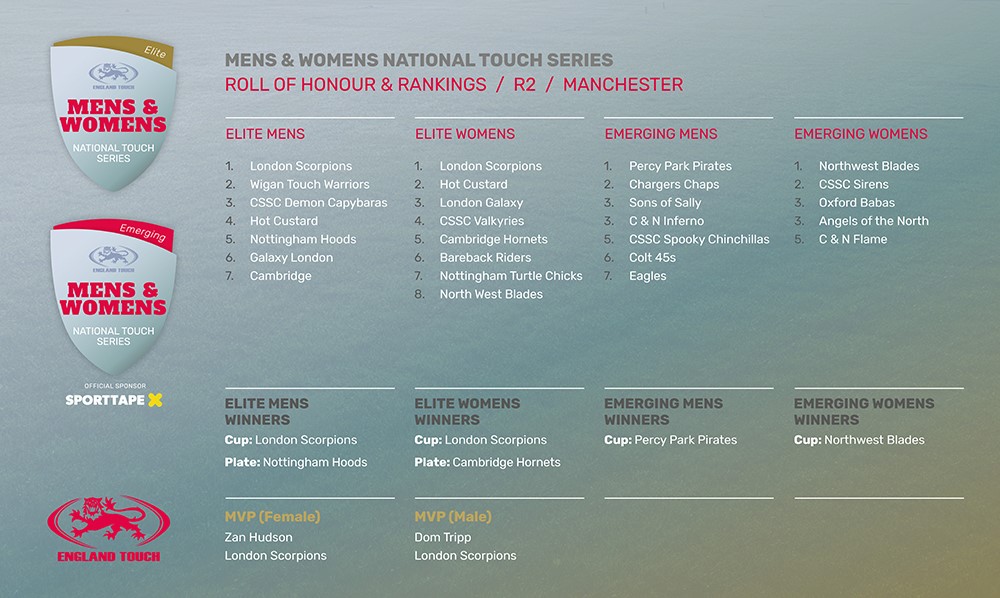